The conveyor removes the brake calipers from the device, which prints the logos on the caliper by using so-called pad printing method. Due to tight space, the conveyor has a relatively small radius, which seamlessly connects to the straight parts at the ends. Here it is connected to a shorter direct conveyor. The speed of the belt can be continuously regulated and when the caliper comes to the end of the conveyor, it stops in order the caliper not to fall and so it can be easily removed. The conveyors together with the printer form a loop so that a single worker can load the brake calipers into the printer and, in addition, remove the suppressed calipers from the end of the conveyor without moving. Such a solution is custom-made and ergonomic for the operator at the same time. 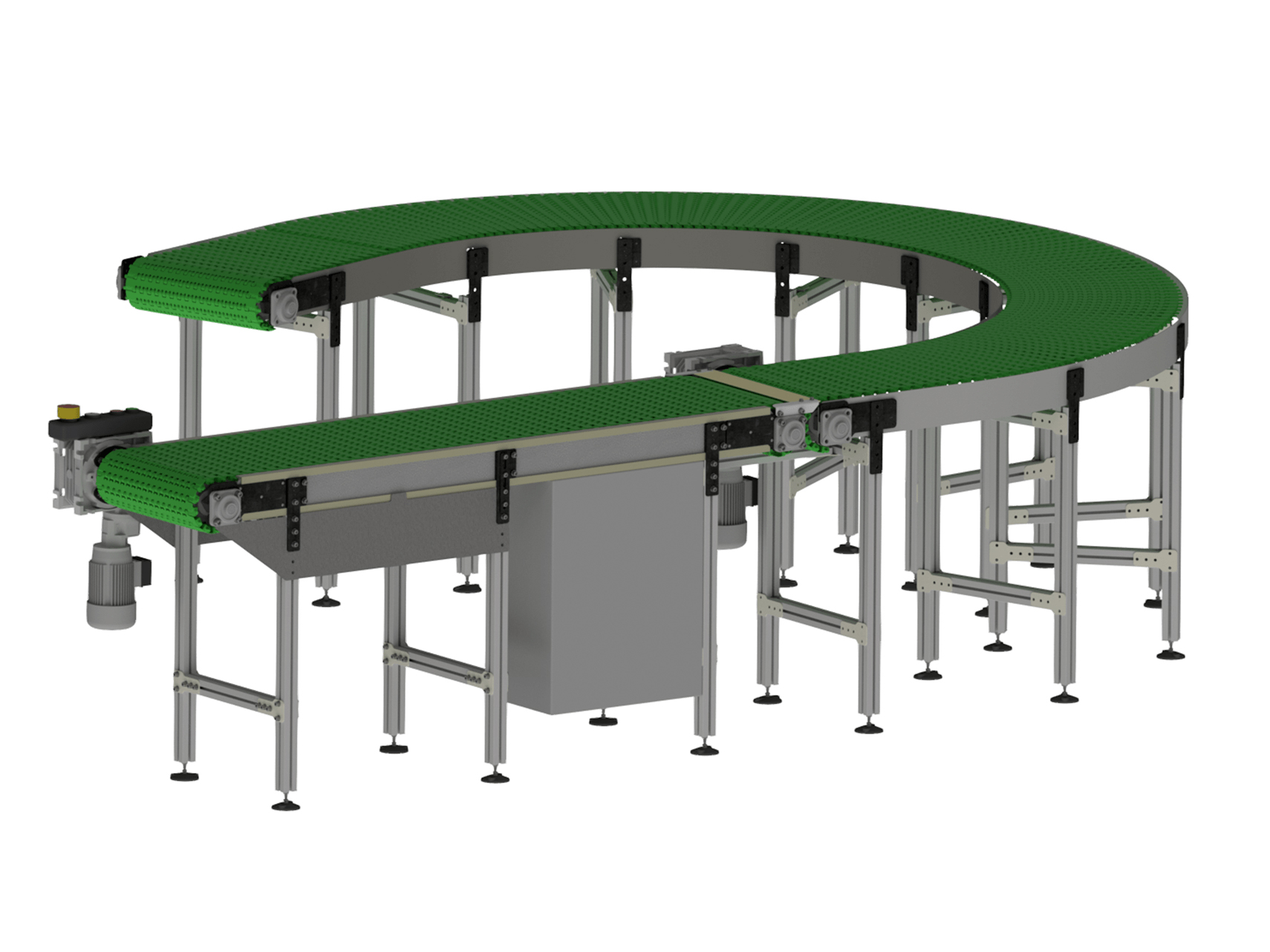 The drive of both conveyors is synchronized. The modular belt used can resist bending even in smal radiuses. The material of the belt is sufficiently resistant to the increased temperature of the calipers, as they can reach even around 70 ° Celsius. The time they spend steeply on the belt is also important for the ink to dry, so as to avoid damaging the print. For this reason, a potentiometer is used with which the belt speed can be easily adjusted and the calipers are ready to be removed at the right time.

Should you have any questions, feel free to contact us.